Amherst is great. A couple of weeks ago Paul & I saw John Sayles introduce his film Amigo at Amherst Cinema and answer questions after viewing.  It took him a long time to find the funding. He had to focus on a village to encapsulate a very large experience, which he wrote about in a sprawling 900-page novel A Moment in the Sun . He eventually found a portion that told a story he could fit into a space small and intimate enough to make a low budget film.

Here is Sayles on modern parallels with Amigo at Amherst Cinema.

And here is a link to his own blog post on the trip to Amherst. 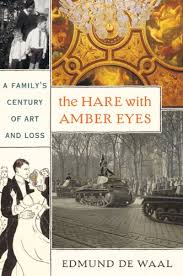 Universal health care — we can….and we will.

Our next book is Michael Pollan’s The Omnivore’s Dilemma: A Natural History of Four Meals. Pollan traces four different food sources: industrial agriculture, large-scale organic, small-scale organic, and hunter-gatherer. I started it last night and couldn’t put it down.  The book made me feel quite virtuous for limiting my kids’ soda consumption when they were little. It’s amazing, and disturbing, how closely tied our food production is to petroleum.

One of the difficulties with books like this is that the changes necessary to address the problems outlined require seemingly massive restructuring of the American food system. My husband Paul’s home-grown tomatoes are a start, I guess.

Speaking of The Way We Live Now, here’s an interesting essay from Chris Hedges — author of the indispensible War is a Force that Gives us Meaning.

He quotes the documentary The Corporation:

A corporation that attempts to engage in social responsibility, that tries to pay workers a decent wage with benefits, that invests its profits to protect the environment and limit pollution, that gives consumers fair deals, can be sued by shareholders. Robert Monks, the investment manager, says in the film: “The corporation is an externalizing machine, in the same way that a shark is a killing machine. There isn’t any question of malevolence or of will. The enterprise has within it, and the shark has within it, those characteristics that enable it to do that for which it was designed.” Ray Anderson, the CEO of Interface Corp., the world’s largest commercial carpet manufacturer, calls the corporation a “present day instrument of destruction” because of its compulsion to “externalize any cost that an unwary or uncaring public will allow it to externalize.”

The ease of externalizing of costs worries me. And the difficulty of opposing that externalization — recently seen in the debates over energy, the killing of coral reefs, the debate over universal health care. I don’t see how we get past this impasse. If Obama can do that, his will truly be a transformational presidency.

This is appropriate reading what with the current events on Wall Street. We’ll discuss it in mid-January. Should be interesting, and not without controversy.

In honor of my daughter and Mina’s daughter working and studying in India, the book club has decided to read Indian Summer: The Secret History of the End of an Empire by Alex Von Tunzelmann.

It helps that I’ve already read it*, so I can whole-heartedly recommend this vivid history of end of the British Raj and the founding the modern states of Pakistan and India. It’s a panoramic portrait of the tricky politics of religion, caste, anti-colonialism, and British attitudes toward imperialism.

Juiciest — and what sold my picky fellow readers — is the sex. Namely, the romantic triangle featuring the last Viceroy of India, Dickie Mountbattan, who presided over the partition and the British exit, his glamorous wife, Edwina, and her passionate love affair with the handsome, lonely, and brilliant Nehru, India’s first prime minister.

Gandhi and Jinnah, the fiery Muslim who insisted on a separate state, the conflicts and violence among Hindus, Muslims, and Sikhs, and the British incompetence and indifference that led to horrific violence as the British left are described with cinematic flair.

It’s a great read, and should produce lively discussion.

*I prepared the index